The Djura Cigar has been specially developed for serialization of cigar packaging. Despite the many functionalities, the Djura Cigar takes up less than two square meters.

Unfortunately, the laws and regulations surrounding tobacco products are not yet uniform worldwide. The requirements vary by continent and even by country. The Djura Cigar makes it possible to produce for several continents and countries with one package. 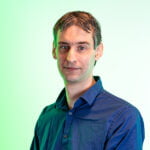